The Korg B2 is an excellent piano for both new and returning players alike. Residing at the affordable end of Korg’s digital piano range, it offers a great range of features without breaking the bank, but many people are wondering how it compares to Yamaha’s P-Series counterpart – namely the P45.  This blog will aim to highlight the similarities and differences between the two models, and help decide which is the right model for you. 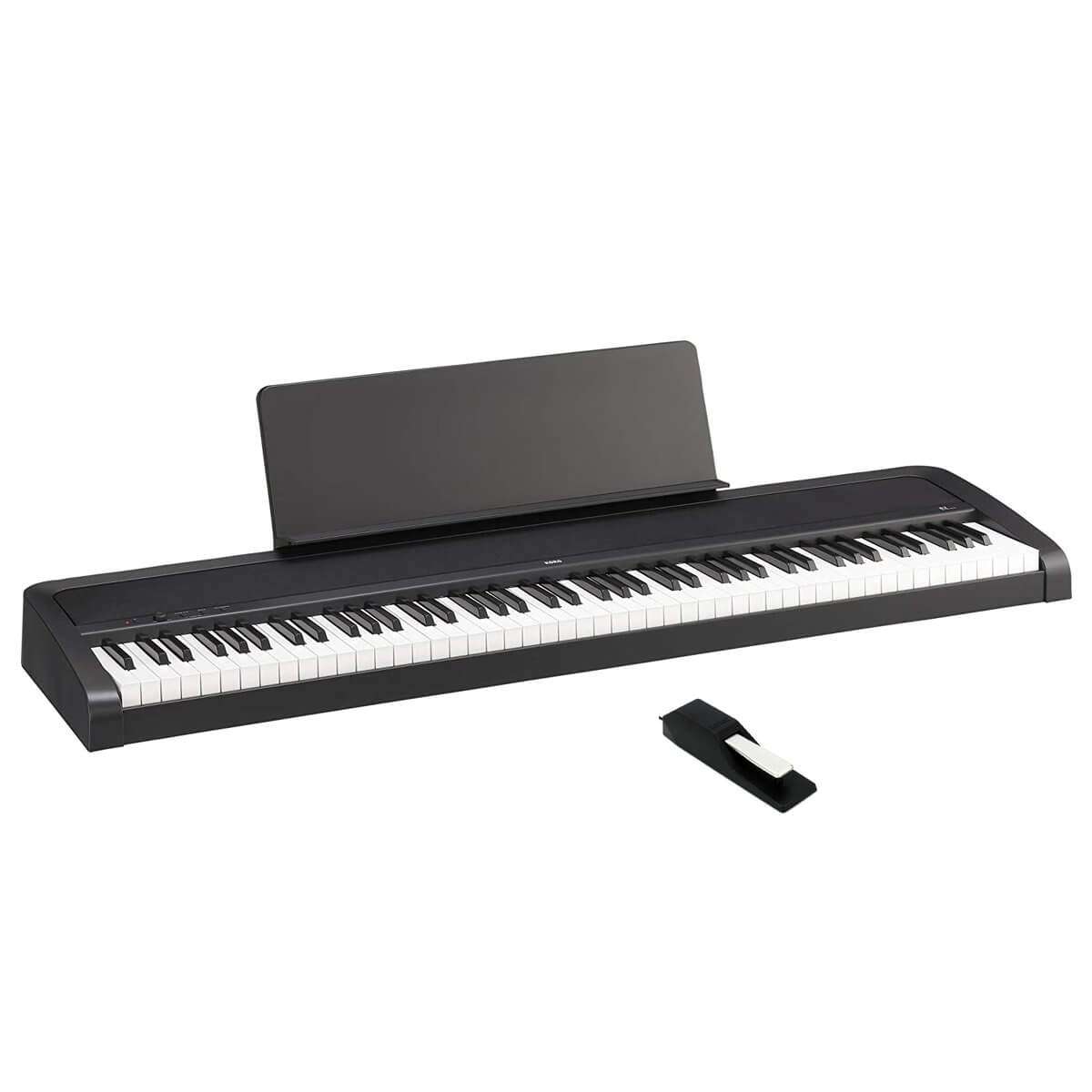 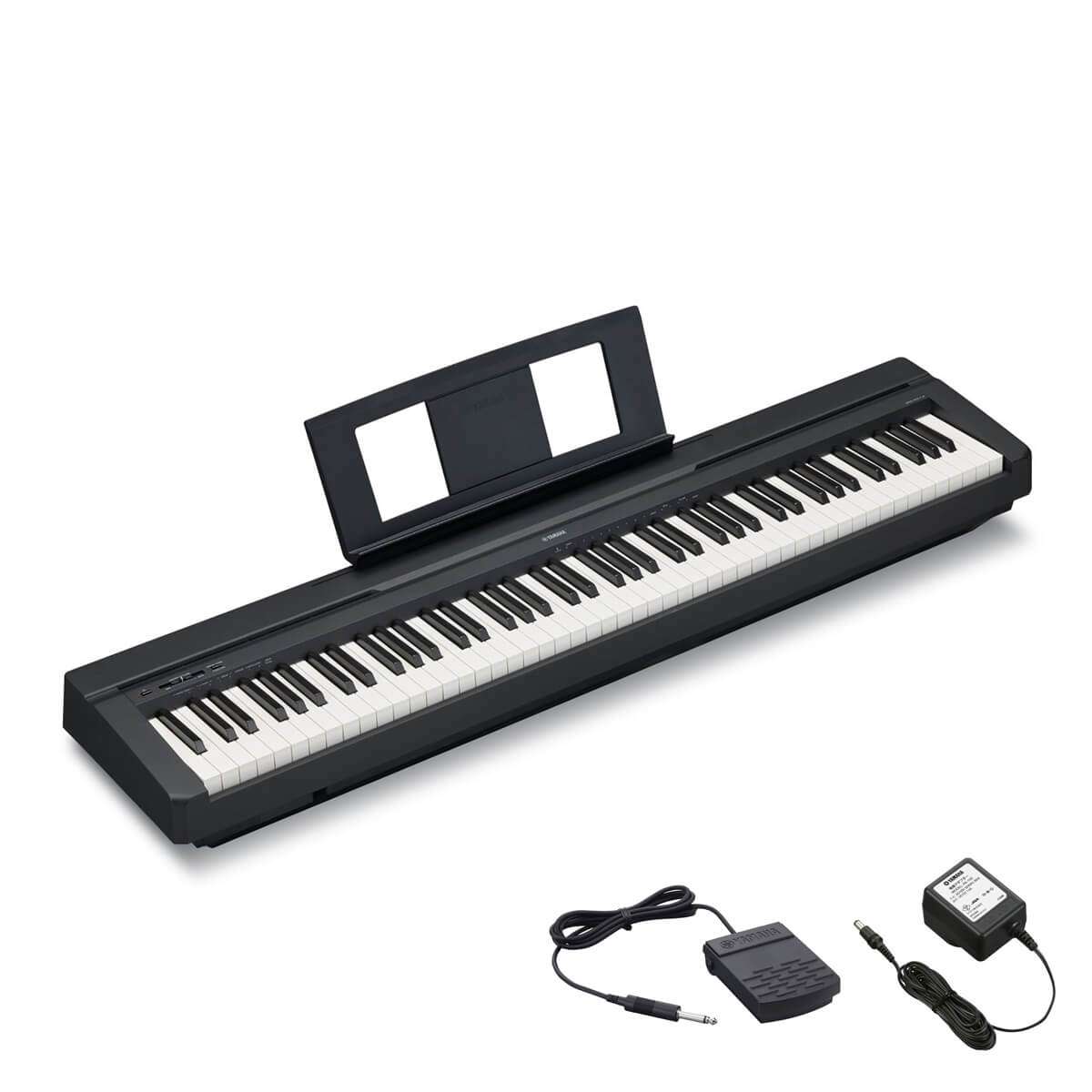 First off, let’s look at one of the most important features when selecting a digital piano: the sound. The B2 features two 15W speakers facing upwards, allowing the sound to reflect off the ceiling and walls of a room, giving it a really nice presence when played indoors. By contrast, the P45 uses two 6W speakers, on the underside facing downwards, and is primarily designed this way to be used on a desk or table. This way, the surface the P45 is placed on acts to amplify the sound coming from the piano and it works very effectively.

The higher power speakers on the B2 provide a warmer and richer sound in comparison to the P45, which, in my opinion, can lack the “body” in sound when playing lower notes. The B2 also has a higher maximum polyphony (which is the number of samples able to be played at the same time), at 120 compared to the P45 having only 64.

The only drawback of the B2 in regards to its sound is that there is slightly less clarity compared to the P45. The reason for this is most likely due to a trade-off in Korg using slightly lower quality amplification in order to maintain a great price.

In terms of size, the two models are very similar, with both sharing a fully weighted 88 key range they have an almost identical width. The P45 sits about 4cm taller than the B2 but is slightly narrower in terms of its depth by about 4cm. The two models are also practically identical in weight, with the B2 weighing in at 11.4kg, and the P45 at 11.5kg.  Both models are very portable and more than suitable for being moved around on a regular basis. The B2 offers a slightly more sleek visual aspect, with the speaker grille cloth spanning the entire length of the piano, giving a minimalist and stylish design.

From my personal experience with both models, I much prefer the build quality of the P45, which is a bit more rigid and durable, as the plastic fascia on the B2 can seem slightly weak and flimsy around the edge. This, along with the P series’ reputation for being extremely hardwearing, makes it more capable of handling constant belligerent transport.

The feel of the two models is fairly similar in the key weighting, although the P45 arguably has a slightly more satisfying key action, as the keys on the B2 are physically dampened when fully depressed more so than on the P45, meaning that it lacks some of the solid impact experienced when playing an acoustic piano.

Both models give you a nice selection of voices, with the P45 offering 10 compared to 12 on the B2 – which boasts 5 different acoustic piano samples.

In terms of additional features offered, both models provide the ability to transpose the piano – an extremely useful feature should you ever need to quickly play a part in a different key to which you learned it in. Albeit a less frequently used feature, both also allow you to fine-tune the pitch (using 0.5hz increments between 427.5hz and 452.5hz on the B2, and 0.2hz increments between 414.8hz and 466.8hz on the P45). Not that most people have to worry about tuning electric pianos/keyboards. Both also include a built-in metronome, with adjustable tempo.

Be sure to check out Max’s video where he compares these two models, along with the Yamaha P125. 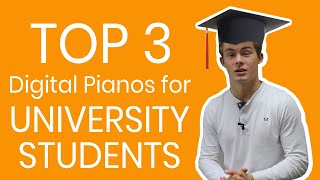 Which digital piano should I take to university?
ePianos

I hope you found this comparison useful. Take care everyone. 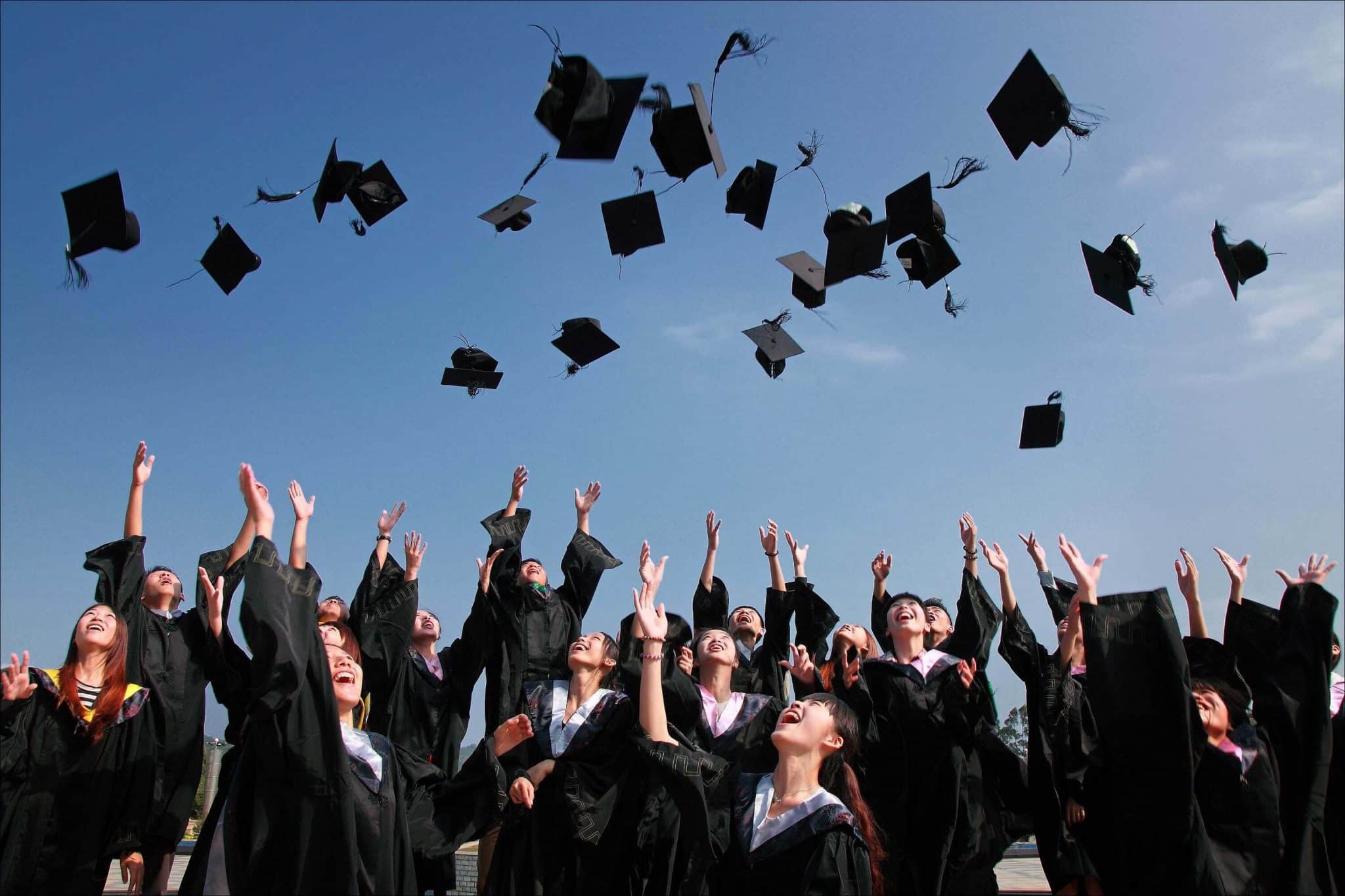 Max’s top 3 Pianos and Keyboards For University Students Hey there everyone! Today I am going to be taking you through what I believe to be the top 3... 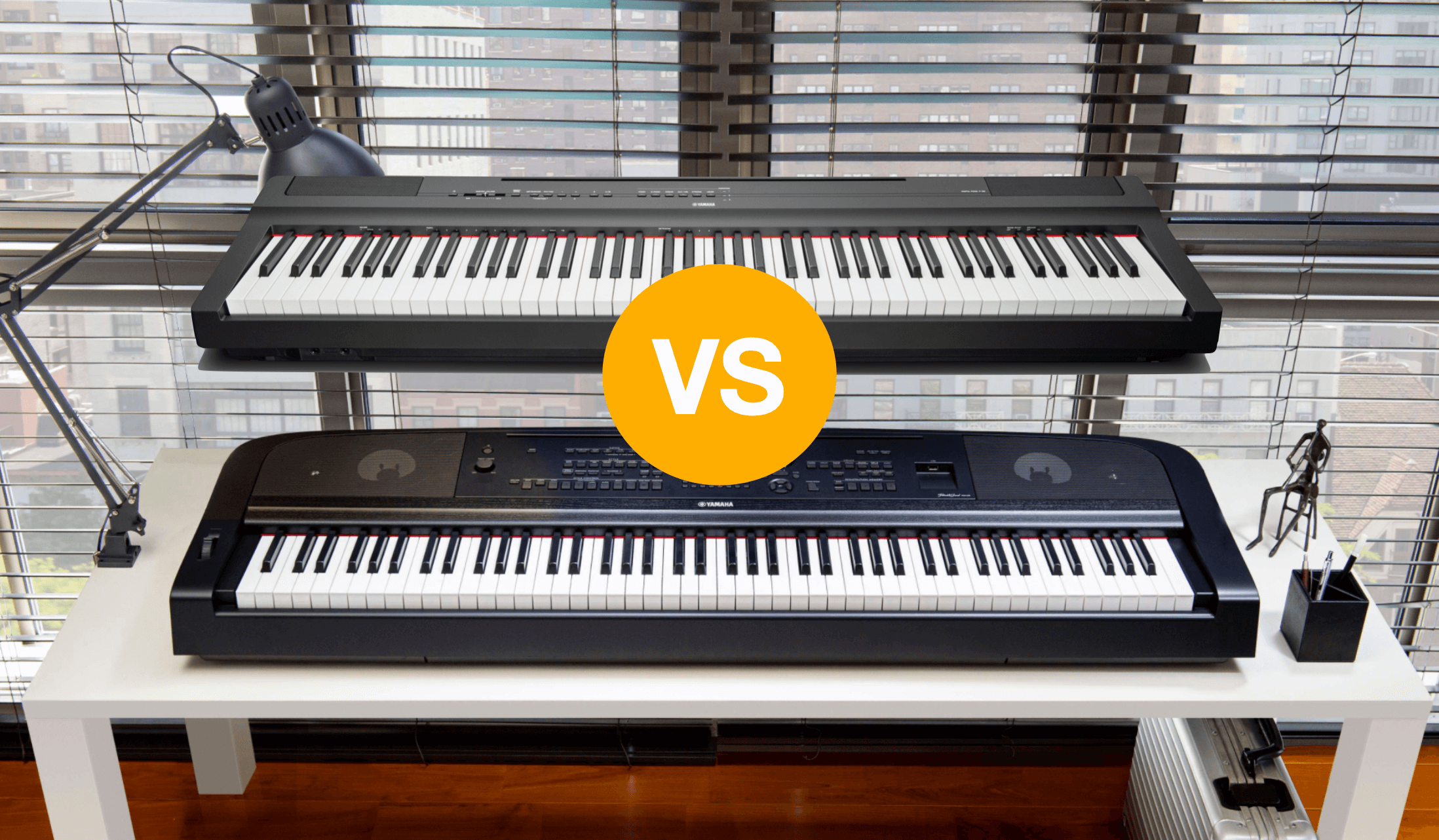 Yamaha P-125 vs DGX-670 comparison review Yamaha P-125 vs DGX-670 is a common comparison for people budgeting between £500-£1000 for a digital piano. At first glance,...
If you are still having trouble deciding, then why not try our piano chooser? A quick and easy way to find a piano that best fits your needs! Simply click ‘Take the quiz’! Take the Quiz
Print 🖨 PDF 📄 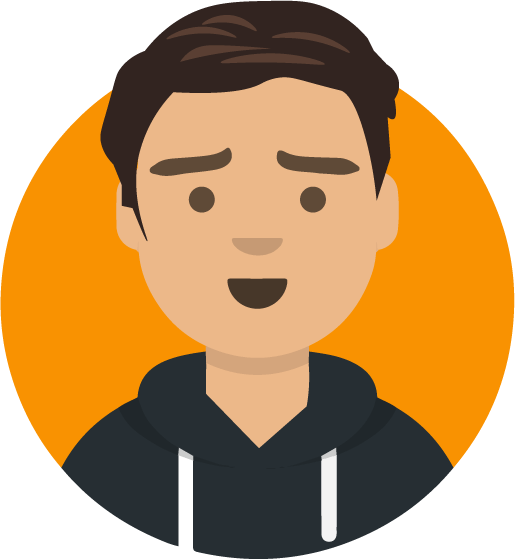