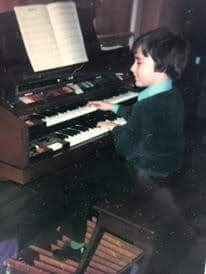 Back in 1982 as a 15-year-old needing more than just pocket money, I remember asking my father who sold Land Rovers and Range Rovers for Hartwells to speak to his customers- the local farmers who he knew to see if anyone had any Saturday jobs available.

I had in mind picking potatoes or something, but my father tried to talk me out of it, suggesting that I’d end up with a bad back and he told me there were sure to be other Saturday jobs available that would perhaps suit me better.

At the time we were both having organ lessons at the local Taphouses music shop in Banbury, and by chance, he had heard rumours that the manager, Glenn Derges was leaving Taphouses to open his own shop.

I managed to get hold of his telephone number and nervously called him to see if he needed any staff and he invited me down to see him whilst he was decorating the new shop. He offered me a job there at his new store “Glenn Derges Musical Instruments” and then and the rest I suppose is history as they say.

I started off working Saturdays selling organs and keyboards- though the shop sold guitars, drums, sheet music, and most instruments and accessories. But as time went on, I used to go in after school most days, and help him deliver organs in the evenings too. 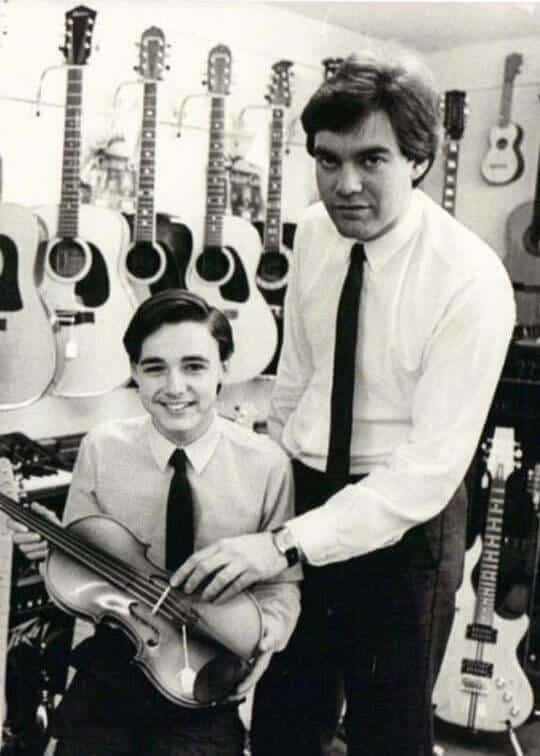 On busy Saturdays, he would insist I sat in the lane just outside the shop on a stool with a small amplifier and play one of the Portasound small Yamaha keyboards to entice people into the store.

He always said that if someone small could play – then they’d think anyone could do it! I would also have to play the organs when the shop was quiet to enthuse people to come in and see us.

In those days we would sell up to a dozen organs on a Saturday, as they were the “in” toy, and there were no Gameboys, iPads, Xboxes, mobile phones and computers to use up people’s spare income in those days.

Working at the shop was great fun, and Glenn being the joker would play lots of pranks on me, I remember being put into a post office hessian sack and being rolled down the walk, I remember him putting my name on posters for local orchestras and shows, he would write “Starring David Cooper on his Organ” and the posters were always out of reach to me. I remember him locking me in the loft for quite some time, removing the ladder and closing up the lid- but these all made the job more fun.

The store got very quiet in the mid-eighties and he said he had to stop paying me, but I carried on working still because I enjoyed the job so much – little did I realise how much this was going to shape my life. 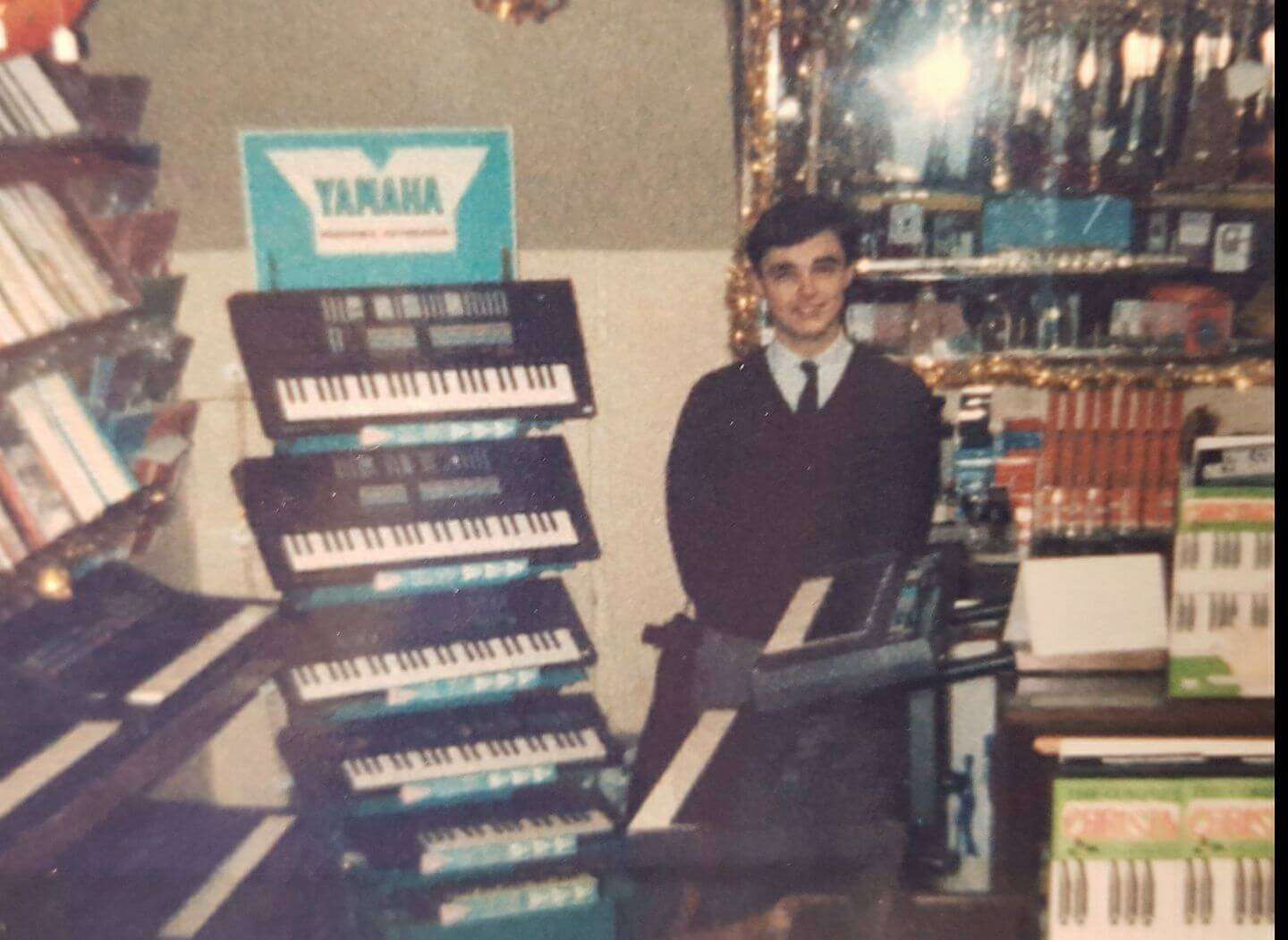 When I left school he took me on as a YTS government youth training scheme trainee. This meant that I had to do a college course for a BTEC general in Business studies on Wednesdays.

It was great because he promised me that he would top up the £26.50 per week wage, though it was only up to £30, but I was happy and loved working there. And by February he decided he would take me on full time.

In the “good old days” the trade fairs were around the big hotels in London, Bloomsbury Crest, Waldorf, Hotel Russell…. With literally 80-100 organ manufacturers there with their models all on display.

It was like a dream going round all the stands collecting the catalogues, and my father who chaperoned me would get me to play all the models he liked- which at the time was very embarrassing. It’s strange, if you do it for yourself it’s fine- but when someone asks and wants to watch then you tend to be more nervous.

Working in a music shop is great fun, there isn’t really as many opportunities to play as one might think, but essentially you are spreading the joy that music brings to everyone and encouraging people to develop their musical skills- which as players we all know how much joy this brings and how many hours you can while away playing music.

As Glenn’s shop deepened into trouble in the late 80’s I was offered a job selling cars for the Hartwell group like my father.

I started off selling motorbikes in Abingdon, ( which I knew nothing about) and then went on to selling Rover cars at the Kidlington Branch then Botley Road Oxford, which I did successfully for 7 years, from 1988 on the F plate through to 1994 on the M plate!

I joined a small used car dealer in Banbury after Hartwells in late 1994, but it was so different to Hartwells and as cars went wrong you had to convince them that it wasn’t covered by any warranties and I found this really difficult after working with a large franchised garage like Hartwells.

This became my catalyst to open my own music shop as Banbury hadn’t had one for a few years and it was crying out for one. I’d met many of the musical fraternity whilst working at Glenn’s- so that made it easier to know who I was dealing with and what I needed to stock. 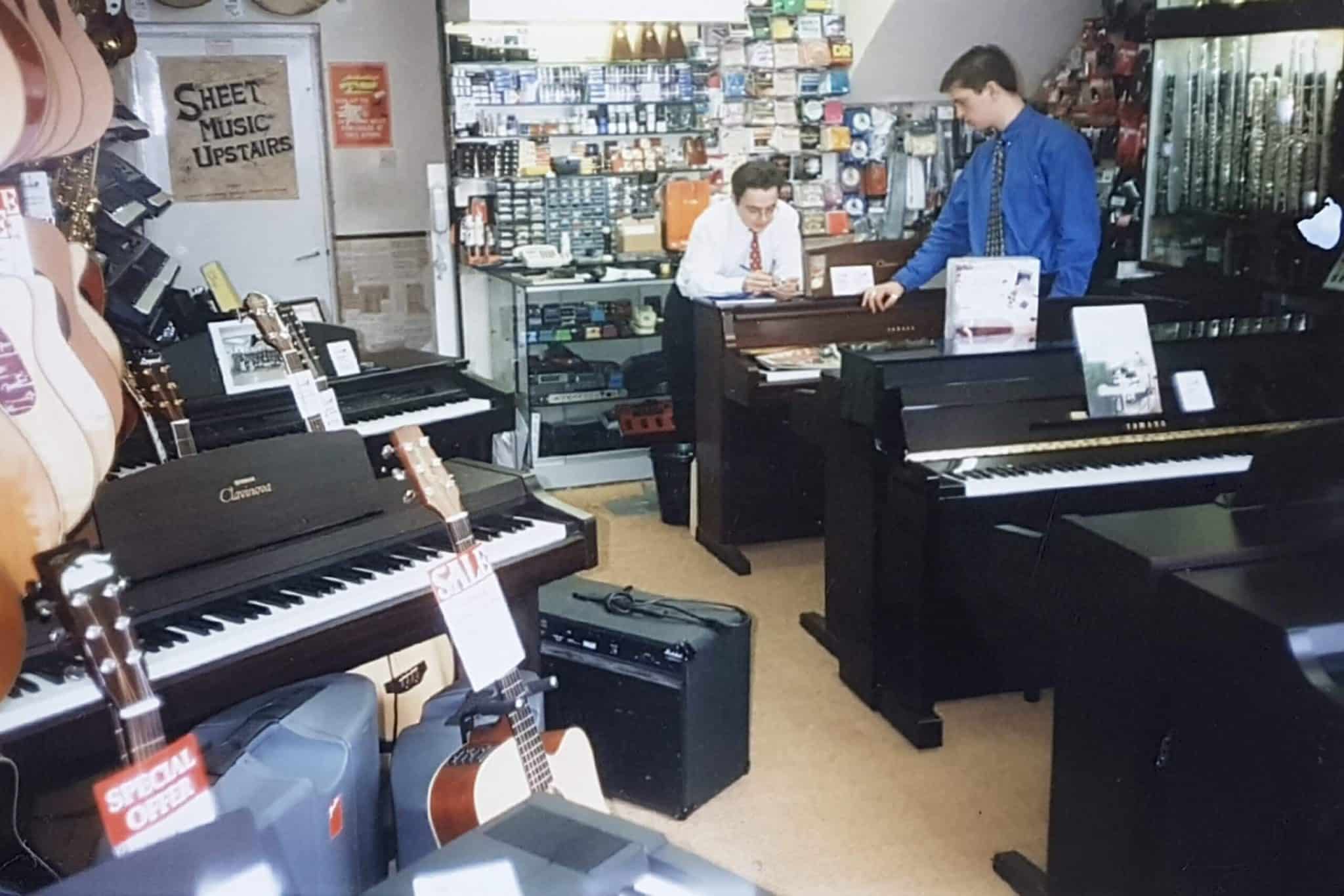 I set up and opened One Man Band in October 1995 and it became quite a busy store quite quickly and on the busiest day- Saturday, my Mum kindly stepped in to help.

I would close on a Tuesday at 1 doing a half day- this meant I could do paperwork and deliver organs and keyboards in my old faithful “C plate” Volvo 245GLE estate.

The business has gradually grown and we moved to bigger premises twice as our shop stocked everything from over 250 guitars, over 20 flutes, saxophones, clarinets, 10 drum kits, and all the Yamaha Clavinova and keyboards.

The internet did begin to affect us badly and in 2014 Chris and I went to a trade conference at Whittlebury Hall which emphasized how being found on the internet was very difficult and videos were a great way that people found you due to google putting them to the top of the page as people loved watching videos rather than reading text.

We were staying at the hotel overnight due to the fact that those who stayed into the evening got a free iPod and also there were free drinks to be had, we met in the pool the next morning and decided over breakfast to stay and plan our next move, knowing that we had to take some drastic measures for the shop to stay afloat. 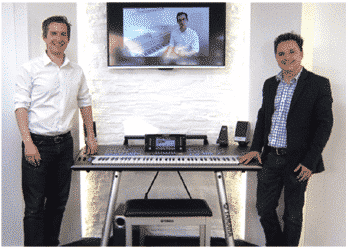 We set about planning ideas for videos and decided that the viral ones like playing a keyboard in the middle of a motorway roundabout would be fun, but the ones that we could do the best would be offering help on using the Tyros models, which we did every day to our customers.

We stayed until after lunch at the hotel the following day, it was beautiful weather, we sat outside and we even decided on “Tyros Tipsters” as our name and bought the website and set up the youtube account with the same name, as soon as we got back to the store.

Our videos were started the following day and Chris built up his skills with video production and marketing. Tyros sales went through the roof and our customer base grew, many of them not to customers of ours- just people wanting help and advice- but that’s what we thrive on doing and we still both spend literally hours answering questions and advising people on what model to buy and how facilities on the keyboards they have will develop their playing.

In 2015 Edna Halliday, owner of Whitley Bay Organs in Newcastle sadly died, she had built up one of the most successful businesses in the country selling organs, keyboards and digital pianos based in the North East and I was lucky enough to be entrusted to “carry the torch” and continue her legacy for her family.

The loyalty and friendliness of Edna’s family and customers has blown us away and her son Jamie Halliday has become one of my best friends. He stays with my family nearly every week between delivery days and we share holidays away when we can fit them in.

From my days as a 15-year-old almost becoming a potato picker to now, I have been very lucky, very busy and very fortunate to have met some fantastic people including my 10 staff who include Chris Hammond ( he started in the stock room when one of his friends who worked for me broke his leg) who has now worked for me over 15 years, and for his valuable input in our videos and marketing.

I also have David Brandon ( from our old guitar department) over 15 years of service who works on our website, and on our instore database system has made everything run very smoothly- most of the time.

Jenny in accounts has now worked for One Man Band for over 20 years now and is a rock when I need to get her advice or help on something, and Jamie Raitt who runs the warehouse has now been with the company for 13 years (originally joining to sell drums and saxophones). 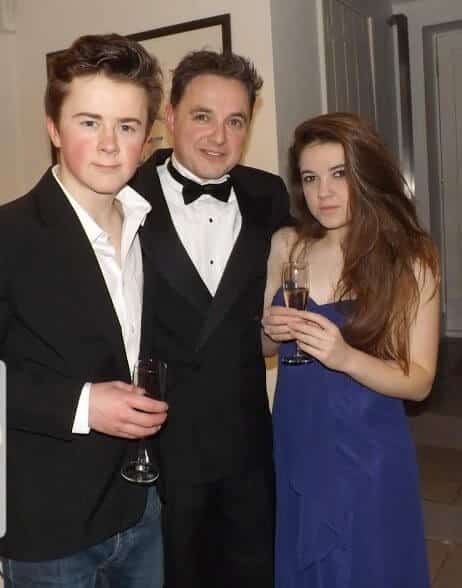 Jamie Halliday from Whitley Bay delivers 90% of our organs and pianos, he’s great for advice and a whizz at repairing the older instruments.

Mel on switchboard and sales keeps us all in check and Isaac Stuart in sales does a great job answering your questions and helping with videos and sales calls. And at the moment I’m lucky enough to have both my Children Charlie and Flo working in the shop with me.

Charlie 23, is a whizz kid on video production (which his degree is in) and website making, Flo looks after our live chat and does much of the backroom invoicing and accounts.

So I say with a smile I’m a lucky chap with a job in the hobby industry and surrounded by customers and colleagues that I love working with and that share my enthusiasm for this industry. And from the last 38 years and with all the changes, I still look forward to going to work.

Managing Director and Owner of One Man Band and ePianos 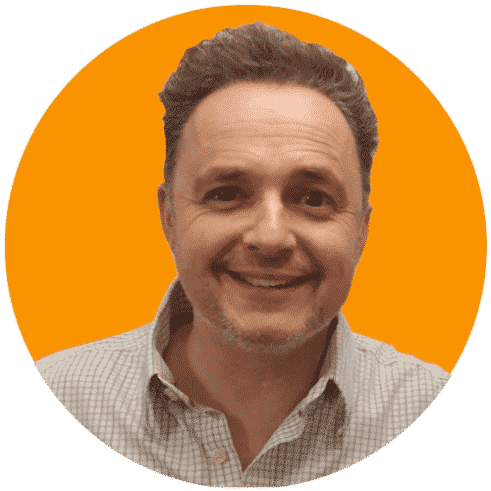 David Cooper Owner
David has been involved with music retail for over 30 years and has watched his business grow from strength to strength, once running a hugely successful general music store to now operating one of the UK's leading specialists for digital pianos, keyboards, and used organs.