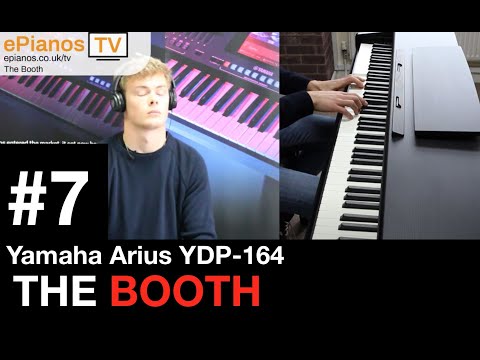 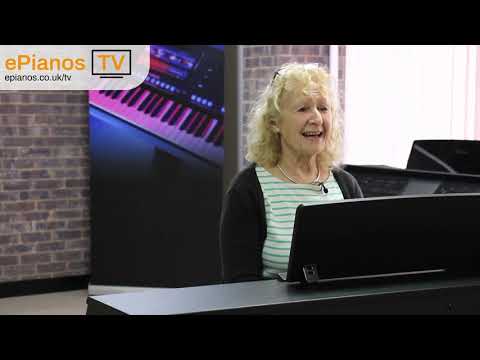 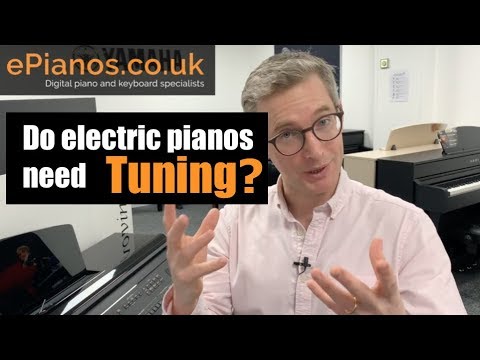 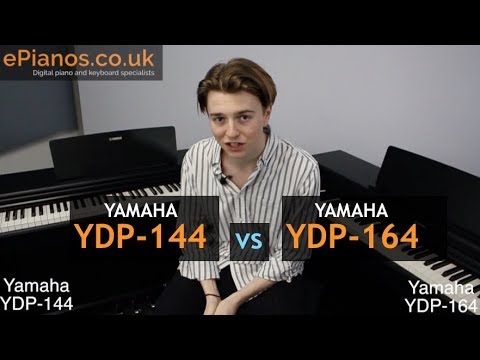 Yamaha Arius vs Yamaha Clavinova – What are the differences? 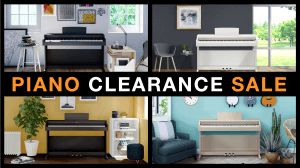 Expression and feel are crucial aspects of piano performance, and fortunately, the YDP-164 delivers this courtesy of a three-sensor key mechanism – capable of detecting the position of the key in three positions; synthetic ebony and ivory key-tops for grip and tactility, and low-to-high end ‘weighting’ of the keys – simulating the length of the strengths and their relative resistance as they are to play on a genuine Yamaha CFX concert grand piano.

We have always considered the Yamaha Arius Series, including the YDP-164, as a ‘baby Clavinova’ of sorts, as it offers a great introduction to Yamaha’s long-established expertise as a piano maker.

The Yamaha YDP164 uses the Yamaha CFXIII concert grand piano sample, and is therefore capable of generating both sparkling high-end and rich, textured bass. There are many other voices to choose from, including strings and harpsichord to name a few, but from the moment the instrument is switched on, the CFX sample is the first you’ll encounter.

The YDP-164 features Yamaha’s Intelligent Acoustic Control (IAC), allowing the volume of the instrument to be adjusted without sacrificing definition across both low and high frequencies – this is usually the first thing to suffer from a reduction in volume, but Yamaha’s clever algorithms manage to keep everything in balance. Through headphones, Yamaha’s smart Stereophonic Optimiser technology removes the listener to a subtle, but instantly perceptible degree, allowing extended practice to be both non-fatiguing and authentically ambient-sounding.

The Yamaha YDP164 features an elegant, understated design, and is available in a variety of finishes to accommodate any decor. Practice, sostenuto and sustain pedals, are included, and there is little evidence that the YDP-164 is a digital instrument. A simple, but intuitive, control panel is provided discretely to the left of the keyboard, featuring voice and recording access, amongst other settings.

Using Yamaha’s Smart Pianist app for iOS and Android, you are able to control the on-board settings of the YDP-164 in no time at all via your tablet or phone, giving touch-screen control of the instrument. The Smart Pianist app is able to scan songs in your iOS music library and show you the chords of those songs, so you can play along with your favourite music! You can even load MIDI song data into the app, so you can follow along with sheet music.

At its price point, there isn’t much to dislike about the Yamaha YDP164. The Arius range in general nestles neatly below the flagship Clavinova range, to the extent that you can more or less consider it a range of ‘baby’ Clavinovas. The YDP-164 offers nigh-on the same cabinet design as the Clavinova CLP725.

It has three integrated pedals,  pull-down lid, same physical footprint – and if you’re prepared to concede on the sampling engine and key action, the Yamaha YDP164 will also provide similar enjoyment and touch to its bigger brother – though I should emphasise the Yamaha CLP725 is the superior instrument overall.