Black due in August, Polished White due 30th July 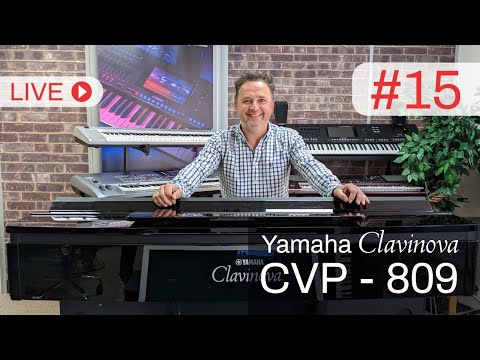 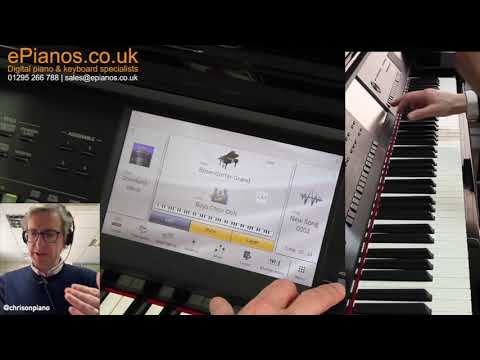 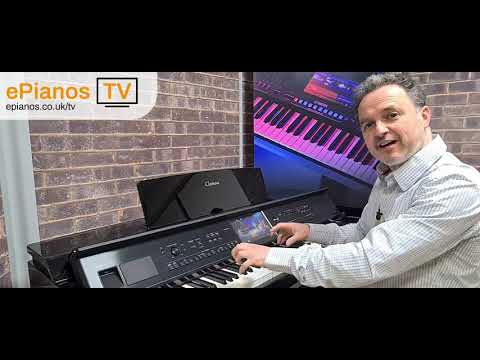 How to: Piano Room on Yamaha CVP 800 Series
ePianos 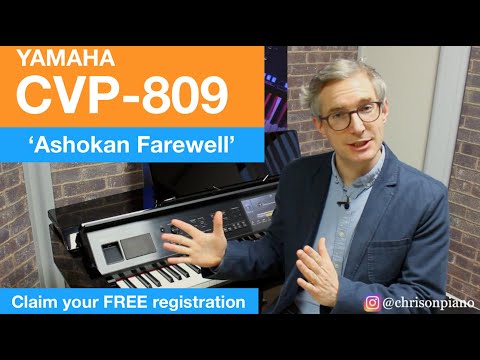 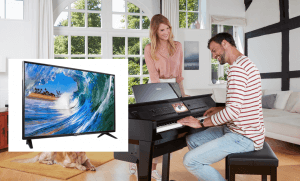 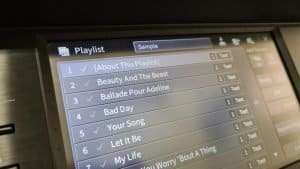 Using the playlist feature on the CVP series

The Yamaha CVP809 is the flagship model of the CVP Series, with virtually the same expressiveness as a grand piano. The more realistic voices and diverse array of backing result in magnificent ensemble performances.

The Yamaha CVP809 piano provides plenty of non-piano Voices as well as band and orchestra accompaniment in a wide array of genres, including jazz and pop. Play your favorite tunes as they are written, or try your hand at arranging—the next catchy arrangement is just waiting to be discovered.

Drawing from its experience in building both acoustic pianos and high-end speakers, Yamaha CVP-809 and CVP-809GP speaker cones use pulp from the same spruce wood used to make acoustic piano soundboards. The result is a more natural, piano-like attack to the sound that is more piano-like when you play the keys.

Grand Piano keyboards are characterized by a light feel when played gently, and a heavier feel when played with more strength. Conversely, a non-grand piano keyboard has a uniform resistance regardless of whether the player uses a gentle or heavy touch. This has traditionally been one of the most significant differences between the touch of a grand piano and that of a digital piano. However, when developing GrandTouch keyboard action for the CVP-809, Yamaha sought to reproduce the true key resistance that is unique to the grand piano, with greater fidelity.

The result is an instrument with a more responsive touch, offering a greater dynamic range than ever before. Now you can experience a much more controlled, nuanced sound when playing softly, or powerful, brighter tones when playing with a stronger touch — just like that of a grand piano.

Leverage Your Artistic Expression with the Yamaha CVP809

When playing a digital piano, the back area of the keys may prove to be a challenge to full musical expression. This is because the back of the key is closest to the fulcrum of the action. The closer to this pivot point that you strike the key, the less leverage you have and the more strength you need to apply. The greater length of GrandTouch keys on the CVP-809 gives the player more leverage, allowing for better expressive control, even at the backs of the keys. This is the same support length found on the Yamaha S3X premium grand piano (as of April 2017), and is the longest support length used on any digital piano.

Every single key on a grand piano keyboard is weighted differently. This is because the strings for each note are slightly thinner and shorter in the treble register, becoming thicker and longer towards the bass register. The 88-key Linear Graded Hammers of the Yamaha CVP809 is the first-of-its-kind to faithfully duplicate this graded touch with differing weights and key return on each one of its keys. This results in a feel and response that is astonishingly like that of a grand piano, and allows players to gain an appreciation of a more authentic touch.