Black due in early June 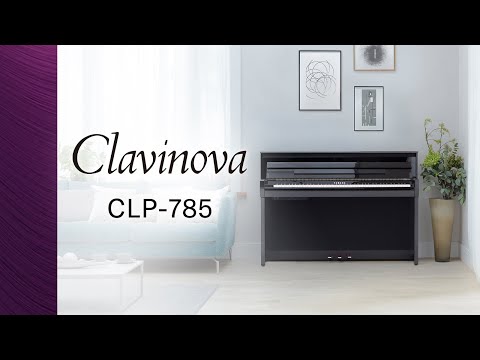 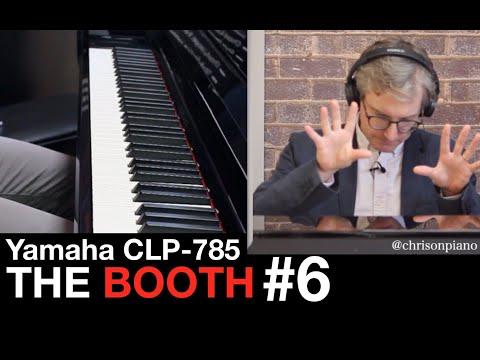 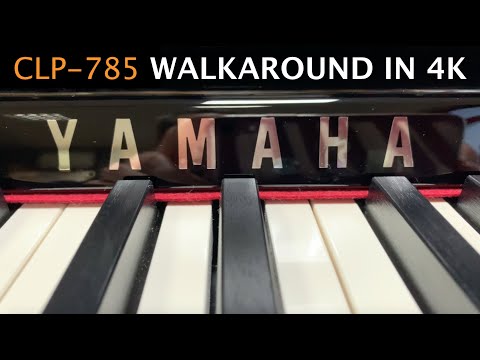 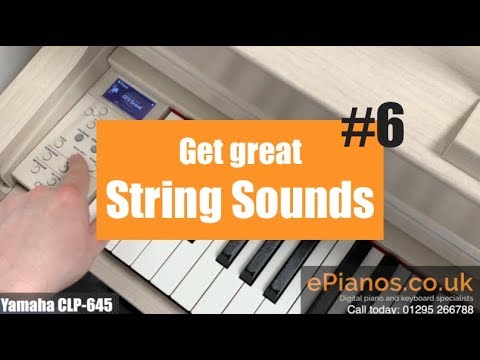 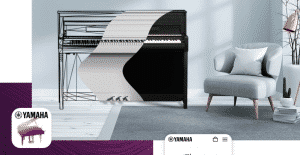 What is the Clavinova Space app?

The Yamaha CLP785 stands as the flagship of the Yamaha Clavinova CLP series, delivering the finest sound system and key action of the entire range.

The Yamaha CLP785 excels above all else in the CLP range, owing (in part) to its outstanding speaker system. Featuring pairs of a 16cm woofer, 8cm and 2.5cm (dome) tweeters and transducers, PLUS speaker cones crafted of the same spruce from which Yamaha craft their acoustic pianos, the CLP-785 offers unparalleled response across all audio frequencies, with each speaker amplified by its own dedicated 50-watt amplifier.

The CLP785 features a number of innovative technologies, unique to Yamaha, that are designed to immerse the player in an authentic, concert grand piano-playing experience. For example, Grand Acoustic Imaging is a method of replicating genuine acoustic vibration using a transducer that purposefully sends sound to the cabinet of the CLP-785, causing the instrument itself to interact and contribute to the overall sound output.

Virtual Resonance Modeling and a unique GP Response Damper Pedal system ensure that the instrument ‘reacts’ to the way you play (and even use the damper pedal), generating realistic behavior –  such as the production of sympathetic tones and soundboard resonance – using sophisticated computer algorithms. Ultimately, this makes it so that your Yamaha CLP785 is as individual to you as your playing style. You are even able to half-pedal, with an accurate reproduction of the resistance curve of a real concert grand piano.

Yamaha re-sampled their already-superb recordings of both the Yamaha CFXIII and Bosendorfer Imperial grand pianos for inclusion with the Yamaha CLP785, alongside more than 50 other voices, including that of 4 ‘Fortepiano’ samples – a precursor to the modern piano, with a distinctive character and cadence. The CFXII and Imperial samples specifically are modeled from every conceivable position of all 88 keys, giving true accuracy and response across all ranges.

There are also 20 rhythms available on the CLP-785, designed to enhance the enjoyment of solo practice or performance.

The Yamaha CLP785 features Yamaha’s outstanding GrandTouch key mechanism with the inclusion of ‘escapement’ – the idiosyncratic ‘click’ of a mechanical hammer withdrawing from a played string – and counterweighting, a system whereby the keys are able to remain highly responsive to the touch, even when played incredibly softly. Each of the 88 keys is also individually weighted, delivering the most accurate concert grand feel of any digital piano keyboard.

The keytops of the CLP-785 are made from synthetic ebony and ivory, preventing slippage and maintaining an authentic tactility, and the keys themselves are able to respond realistically depending on where the key is depressed, modeling accurately the nuances of a key depression depending on its distance from the fulcrum. By combining these technologies, the CLP785 delivers the most expressive and responsive keyboard in the CLP Clavinova range.

The touch control panel of the Yamaha CLP785 can be turned off to leave only a plain black panel, giving the appearance of a key block. Using the touch sensor is an intuitive process, with a clear and crisp display keeping you informed at all times.

Practice with headphones is augmented by both Binaural Sampling, whereby the sound is perceived to come from the appropriate side of the instrument, and a Stereophonic Optimiser, ostensibly a ‘shield’ between the earpiece and the player, providing a more ambient sound that is less brash and fatiguing than that of a traditional headphone output.

The CLP-785 also features Bluetooth, meaning that it is able to connect to your compatible audio devices for the playback of your own music library, either for accompaniment or purely for entertainment purposes.

The Yamaha CLP785 offers 16-track USB recording in either .WAV or MIDI formats, and if you’re looking to really open up the features of the instrument, you can connect the CLP785 to Yamaha’s free Android/iOS ‘Smart Pianist’ app, which provides smart-device control of the CLP785 and its features. You can even use the Chord Tracker feature to convert songs from your iOS music library into a chord score, for you to play along with your favourite music

In terms of a pure piano playing experience, the Yamaha CLP785 is Yamaha’s finest digital piano to date, incorporating both enhanced versions of already market-leading tech, alongside brand new innovations, resulting in an incredibly tough act to beat.

The Yamaha CLP-785 is outstanding. Playing it is an absolute joy to me - as you may have been able to tell from watching the video I made! It allows more expression in your playing than any other digital piano I’ve ever played. When playing, you feel connected to the CLP-785 in a very natural way and it’s not hard to appreciate the passion that must have gone into its design. Whether you’re a beginner or an advanced player, the Yamaha CLP-785 is a piano for life. Plus, it looks absolutely gorgeous, particularly in the polished ebony finish.