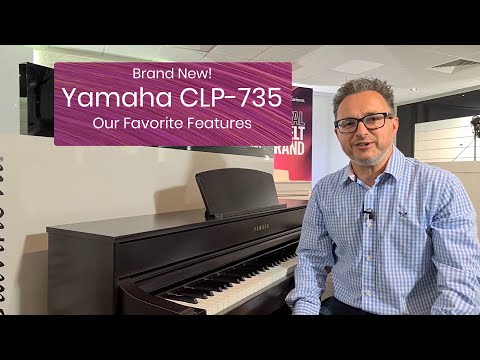 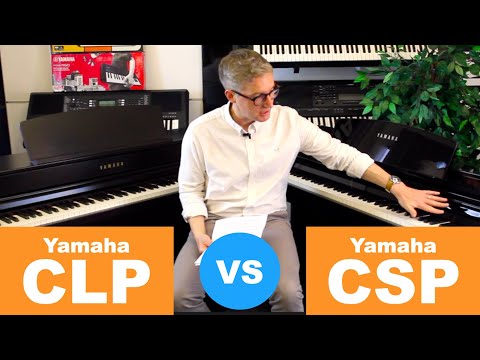 Yamaha CLP vs CSP | What are the differences?
ePianos 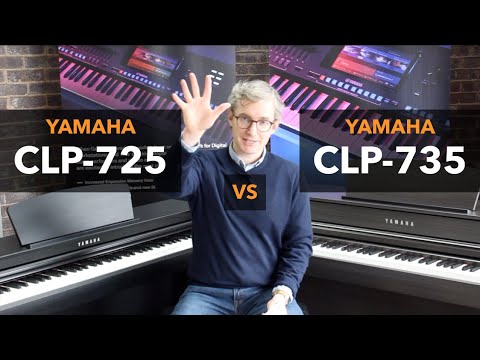 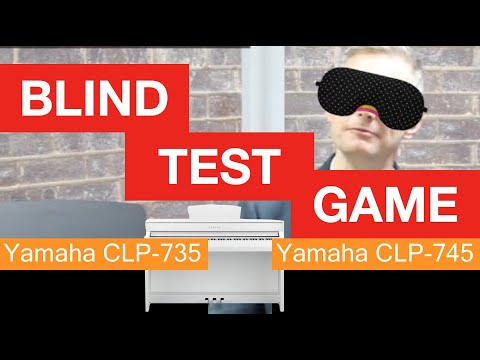 Yamaha CLP vs CSP – Which piano should I buy? 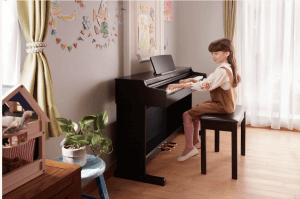 Beat the price increase on 1st May!

The Yamaha CLP735 is the first in the CLP700 series range to feature an LCD interface, giving you simple and intuitive control.

The CLP735 establishes itself with superbly accurate samples of the Yamaha CFXIII 9′ concert grand piano, and the Bosendorfer Imperial concert grand. In addition to these outstanding voices, the CLP-735 also features two new fortepiano voices, along with a variety of rhythms.

Yamaha has focussed it’s considerable resources on making the Yamaha CLP735, along with the entire CLP700 series, the most accurate reproduction of a concert grand piano experience possible. The Yamaha CLP-735 delivers Yamaha’s most sophisticated technologies, such as the GrandTouch-S key action, Virtual Resonance Modelling and Grand Expression modelling, all of which imbue the instrument with an unbeatable sense of authenticity, giving the player a genuinely realistic touch, response and sound.

The GrandTouch-S key action of the CLP-735 is Yamaha’s ‘longest’ feeling key action – that is to say, it fully replicates the response of a concert grand piano’s key length. Featuring synthetic ivory and ebony keytops to minimise slippage and maximise tactility and contact, the CLP735 plays the same way as a concert grand, offering identical feedback and response from the key mechanism.

The Yamaha CLP735 features both Virtual Resonance Modelling (VRM) and Grand Expression Modelling – essentially algorithmically-generated replications of the ways in which an acoustic soundboard (frame and strings, etc) interact with each other and with the sonic vibration of played notes.

This gives the CLP-735 an effectively-limitless palette of sound for the player to enjoy, and introduces a never before seen level of realism to a digital instrument. The CLP735 is an organic instrument, capable of responding to the way you play.

Enjoy newly-sampled voices of the Yamaha CFXIII and Bosendorfer Imperial concert grand pianos, amongst a whole host of other high-quality instrument sounds, all delivered through a sophisticated 2 x 16cm speaker system with a 2 x 30 watt amplification.

Alternatively, enjoy the Yamaha CLP735 through headphones, where Yamaha’s Binaural sampling generates sound as perceived from the appropriate side of the instrument (low notes from the left, high notes from the right), and Stereophonic Optimiser technology ensures a fatigue-free playing experience, generating a subtle ambient ‘cushion’ between the player and the headphone earpiece.

The first thing you’ll notice about the Yamaha CLP735 when compared to the entry-level Yamaha CLP725 is the introduction of an LCD screen and control panel.

This makes navigating both the voices and more advanced features of the CLP-735, such as the on-board 16-track USB-compatible recorder and 20 built-in rhythms, effortless.

Connect the CLP735 to Yamaha’s free Smart Pianist app to access and manipulate the features of the instrument from your iOS or Android smart device.

From lesson songs to a visual menu of the instrument’s voices, Smart Pianist expands your enjoyment of the Yamaha CLP735 – it can even convert your iOS music library songs into a chord chart for your to play along with, via the Chord Tracker feature!