Touch, pedal feel, reverberation, and resonance—by all metrics, the Yamaha Avantgrand N3X meets or surpasses the demands of even the most discriminating pianist.

Experience the response and feel of an authentic acoustic action

In designing the Yamaha Avantgrand N3X, Yamaha considered that to express yourself musically, you need to form a physical bond with your instrument. In the case of the AvantGrand series and the Yamaha N3X, it starts with the keys. Real wooden keys with a comfortable touch, thanks to Ivorite® keytops that look and feel just like natural ivory. Then comes the all-important key action, which the AvantGrand series has inherited from Yamaha’s esteemed concert grand pianos. Beneath your fingers you sense the same precise weight and responsiveness, the same scope for expression. To capture every nuance of your performance, Yamaha employs a non-contact optical sensor system that doesn’t affect the feel or performance of the action in any way. Under each key is a continuous optical sensor that captures the speed and depth at which that key is depressed. An additional optical sensor affixed to each hammer shank measures the timing and strength of the hammer hitting the virtual “strings”. This information is instantly translated into a beautifully authentic sound reproduction. The more you play, the more you find yourself becoming one with the piano.

When it comes to judging piano tone, much depends on personal taste. To help you achieve the tonal palette you desire, Yamaha offers the choice of two world-class grand pianos in one—each with its own unique character to convey the emotion you want to express through a piece of music. At the touch of a button on the new AvantGrand N3X, you can opt for authentic sounds sampled either from a Yamaha CFX concert grand or from a Bösendorfer Imperial. As Yamaha’s flagship grand piano, the majestic CFX boasts a wide palette of tonal colors, from sparkling high notes to powerful bass tones. The legendary Bösendorfer, meanwhile, is renowned for its sonorous and rich Viennese sound. Either way, the lifelike sounds of the AvantGrand N3X allow you to explore the outer reaches of your expressive imagination.

Digital technology that resonates with you

In addition to the four-channel Spatial Acoustic Speaker System, the Yamaha AvantGrand N3X features a flat-panel Soundboard Resonator located beneath the music rest and spanning the width of the instrument. This component allows for a more subtle reproduction of the buildup of sound that you feel when playing an acoustic grand piano. It works by using an oscillating transducer to transmit vibrations to the flat-panel soundboard, giving a realistic sound response that is especially evident in the upper key range.

In a grand piano, strings and sounds resonate throughout the entire body of the instrument producing a rich reverberation that envelops the listener in sound. Not only are the strings you are playing vibrating, but other strings ring as a reaction to ones you play. This is one reason the piano sound is so complex and rich.

This phenomena is reproduced perfectly in the Yamaha AvantGrand N3X through Virtual Resonance Modeling (VRM) which calculates the various states of the strings for each of the 88 notes on the keyboard from one instant to the next. As a result, the Yamaha N3X reflects the limitless number of factors inherent in playing an acoustic piano such as which keys are pressed, the strength with which the keys are played and pedal timing.

Yamaha AvantGrand N3X pianos are designed to deliver flawless room-filling sound. But there are times when you may want to keep your playing to yourself—when you’re practicing at night, for example, or when people nearby are engaged in other activities.

Thanks to Yamaha’s advanced binaural sampling* technology, the sound you hear through your headphones is remarkably lifelike. This technology uses piano samples recorded by specialized microphones that mimic the interaural characteristics of the human ear. This unique approach allows the AvantGrand to recreate the perceived acoustic sound only experienced when seated in front of a concert grand piano. The resulting sound is so natural, so enveloping, that you’ll soon forget you’re even wearing headphones at all. (CFX Grand Voice only)

An emotional response with Yamaha N3X

When you play an acoustic piano, the entire instrument resonates. You feel it subconsciously, through your feet on the pedals and through your fingers on the keyboard. It’s this subtle physical sensation that Yamaha’s Tactile Response System (TRS) works to recreate. This digital technology conveys the natural vibrations that emanate from a grand piano, unifying the emotional energy between you and the instrument. Even if you’re wearing headphones, you can use TRS to enhance the realism of the playing experience.

When you press down on a grand piano pedal, you notice subtly different stages. Light to the touch at first, slightly firmer partway through the travel, and then lighter again as you push through. Skilled players take advantage of these pedal movements by using extremely delicate pedaling to achieve finely nuanced expression in their playing. In developing the Yamaha AvantGrand N3X, we set out to reproduce as faithfully as possible the sensations of a grand piano’s pedals. The resulting pedals give you the scope to play music how it was meant to be played, while also offering the responsiveness to play more impressionistic pieces that require a lot of half-pedaling.

The USB to Device port allows you to connect your USB flash drive and use it as a built-in piano recording studio. You can store your performances directly on the USB flash drive as audio songs. These songs are stored in WAV format, so you can listen back using the keyboard’s on-board speaker system, or conveniently play them on a computer, transfer them to a portable media device or upload them to share with friends online.

XLR balanced audio outputs give you a professional and stable output to connect to amplified speakers or to mixing consoles. 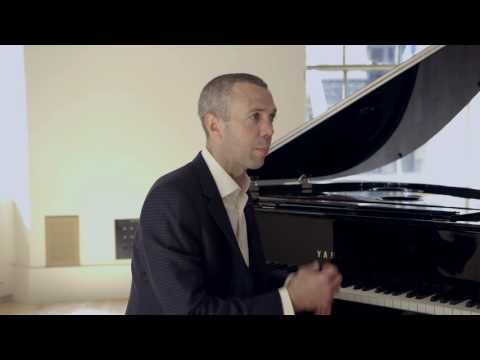 “The Yamaha N3X is a visibly beautiful instrument, but it also sounds incredible. It has that CFX sound to it so the possibilities are truly endless from an artistic musical perspective…

I’m Dr. Michael Chen, I’m chair of keyboard studies at the Juilliard School here in New York and I’m very proud to be a Yamaha artist.

We were first introduced to the Yamaha Avantgrand N3X several years ago. We’ve used them at the festival at piano cinema quite a few times – every summer in fact – and they are amazing.

We love them so much; I think that it’s an incredible instrument because it combines the feel of a grand piano action with the sound of a CFX piano, which is one of the
most incredible things that Yamaha has done.

This Yamaha N3X piano is one that you can either play acoustically, and it has all of that incredible sound, or you can put headphones on and use it in the privacy of your own apartment in New York!

The action on the Yamaha Avantgrand N3X piano is the same as what we have in a full-size concert grand – it feels that way in every way, and you have the long hammer shanks in it, and that does make a difference when you’re practicing because when you go from a small grand piano or an upright to a nine-foot-long concert grand, the feel of the action is very different.

So if you’re at home, where most of us don’t have the space for a nine-foot piano, and you’re practicing on a small upright, it’s a big change, so it’s much better if you can have something that more closely represents or relates to what that concert grand feel is like…”