The latest addition to the range, the Yamaha N1 delivers the captivating sound of AvantGrand in its simplest form. In terms of playing feel and responsive action, the N1 is simply incredible, setting a new standard with its perfect integration of acoustic and digital technologies. 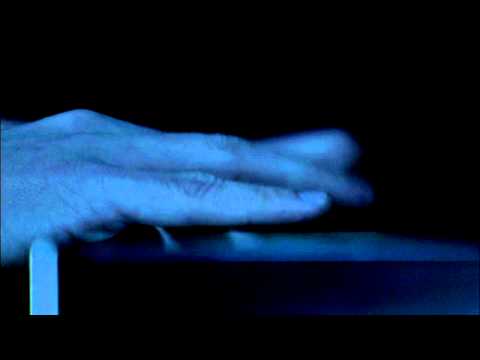 Thanks to a specially designed grand-piano action and a wooden keyboard, the Yamaha N1 AvantGrand truly becomes an extension of your body.

The nuanced touch and response of the grand piano are an essential standard yardstick for piano quality, and the Yamaha N1 Avantgrand reproduces these attributes with aplomb. It offers the player a specially-developed grand piano action that features the same configuration as the action of a real grand.

The hammers strike the “strings” from underneath, allowing minute adjustments to the weight distribution of the hammers, and to the movement of the hammers themselves, for a smoother feel when playing. In addition to a hammer sensor, the Yamaha N1 employs a non-contact key sensor that has no effect on the movement of the keys, affording excellent recognition of the player’s pressure on the keyboard, timing, and the other delicate nuances that affect musical expression.

This combination provides an impressive sensitivity for the entire range from pianissimo through to fortissimo, and the ability to translate even the swiftest trills of the pianist with transparency. The wood construction of the keyboard mirrors that of the grand piano, and features New Ivory II on the white keys. This is a unique material developed by Yamaha, with a texture superbly close to that of natural ivory, allowing you to play swift passages with ease while also offering a sure response for slower pieces.

With the introduction of the AvantGrand, Yamaha ignited a revolution in the approach to sampling recording and playback of the notes of the actual acoustic piano. Treating the soundboard not simply as a point source of sound but as a plane, we took samples at four positions, adding optimum center and rear locations to the traditional left and right. As a sound source, we carefully selected the best single instrument from among our CFIIIS full concert grand pianos for sampling.

The end result of these efforts is that AvantGrand series instruments recreate the original sound of a superb grand piano almost to perfection. Meanwhile, the AvantGrand’s speaker system has been designed to ensure that this sound is heard best at the playing position. A three-way system featuring woofer, mid-range and tweeter speakers reproduce the rich natural resonance of the soundboard accurately. What’s more, each of the low-, mid-, and high-frequency bands has been given its own amplifier to prevent interference between bands. This innovative configuration allows the instrument’s outstanding sound system to reproduce the nuances of each individual note. For even greater sonic accuracy, the N1 feature speaker layouts optimized for the size of the instruments.

The AvantGrand is the next step in the evolution of piano – how did you feel when you first sat down and played the AvantGrand?

The first thing I noticed was the richness of the overtones. I could see that the technology has really advanced in the past few years. I was curious about how the piano works in terms of the overtones, and what makes it seem so natural, so acoustic, and so organic. The sound comes from within. It’s not a superficial sound—it’s a very deep sound.
The first time I actually played the AvantGrand, my immediate sensation was that I knew this touch—it was the piano I’ve been playing all my life. Over the years, I’ve always been struck by the quality of Yamaha pianos. So it was no surprise to me that Yamaha would make something so perfect.

I could find lots of ways to use it. I’d definitely use it as a practice instrument, because it’s really incredible. But I don’t want to say it’s just a substitute, because it’s really much more than that.
I’d put it in the living room so that family and guests could play it, and so we could have live music in the house.

At live shows, when you put a piano through a P.A. system to be amplified, there’s a lot of feedback. But this instrument would be ideal in situations where you can’t control the environment—for example, in large halls or open-air spaces.

I’d also like to try recording with it in a studio. Normally, when you record with an acoustic piano and you want to get the overall sound of the instrument, you have to set up microphones both near and far from the piano. But you don’t need to do that with this piano, since you have a direct line out.

Lastly, what kind of potential do you feel the AvantGrand has?

This instrument would be great for my creativity. It would encourage me to find new harmonies, new sounds, and new rhythms, because it’s a piano that just makes me want to play it. A wonderful thing about pianos is that they have continued to evolve over the centuries.

I’m fascinated with all things piano-related, and this instrument is another step in the evolution of the piano. The AvantGrand reconciles both the acoustic world and the digital world—or the sampled piano world—in a very convincing and refreshing way. A new form of piano has come to us from the future. Twenty years ago, this would have been the talk of science fiction. But the future is here now. It’s got a futuristic edge to it, which I like.