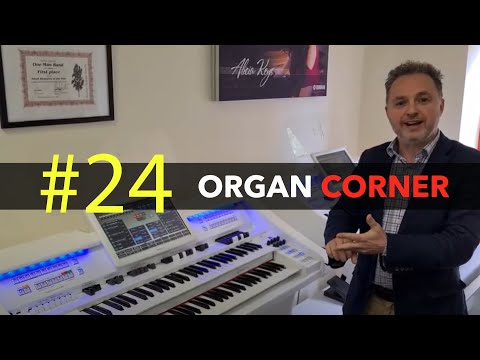 Accompaniment
No more worries about what style to use

One of the amazing benefits of the instrument is that it can load most styles of most style manufacturers. Do a google search and you will find thousands of styles that you can use in the instrument without extra software or conversion. How handy is that!

The Bemore organs offers a new approach to making your favourite sound combinations. You can have 10 upper keyboard settings (individual or up to 5 layered sounds) and 10 lower keyboard settings showing in the screen at any given time. You can then mix and match any of these settings. This approach gives you many advantages and ability to customize this instrument to your own personal taste. This can all be done from the screen effortlessly!!!

One Page User Interface
No more searching in endless menu’s!

The One page Graphical User Interface makes the handling of the instrument a piece of cake. No more searching in endless menu’s Just select a layer and choose your favorite sound…..in fact control the whole instrument from one page.

No worries about heath or stability. All the dedicated Bemore electronics have been designed with the emphasis on stability and low power consumption.

A review of the Bemore Discovery Organ by Michael Wooldridge

You can perhaps look back to the detailed review of the Genesis, On the product page here as this newer model is very similar indeed, but to highlight a few of the significant features from when I tried it out, it has probably the largest and consequently clearest touch screen in the organ and keyboard world, a whopping 15.5” high definition widescreen, and is designed specifically with the organist in mind, with the technology working in the background to deliver high quality music but never in the way of making music. You can load into it the accompaniment styles from Yamaha, Korg, Roland and Ketron products.

Having mentioned the array of backing Styles you can install, this is perhaps not as relevant as the fact that they are designed for people who enjoy just sitting down and playing. It has a fabulous amplification system, delivering a really big sound, and I think this has probably been a big part of their success, that they sound so good just on their own speakers. You will perhaps remember from my Genesis review that the way you store sounds on the Bemore is different to other manufacturers’ systems, but Paul explains how to do it in a matter of minutes and people seem to very quickly get it and find it easy, most especially because you don’t have to change Upper and Lower manuals at the same time and because it is easy to name your presets.

So, here comes the remarkable fact, everything I’ve reminded you about above for the Bemore Genesis, can be said of the two new models, as they have the same speaker and amplification system, the same Style system, and the same large touch-screen. So, what’s different I hear you ask?

The Bemore Discovery, comes in a slightly thinner cabinet and, as standard, it comes in a satin finish instead of the high gloss finish on the Genesis. It doesn’t have Organ Drawbars but it does still have a vast range of preset organ sounds, and I suspect these will keep the huge majority of players very happy. Where on the Genesis you can layer five sounds on the Upper manual and three on the Lower manual, on the Discovery you can layer three voices on the Upper and two on the Lower, which is more than most home players ever use anyway, as it still allows for some big, impressive combinations. The standard voice list is not as vast as the one on the Genesis but I think when you take a look at a Discovery you’ll find it has all that you need.

If you’ve enjoyed this review, subscribe to Organ & Keyboard Cavalcade Magazine for the latest news and views from the world of keyboards, digital pianos and home organs, plus lots of hints, tips and tutorials. www.CavalcadeProductions.co.uk