The Ringway Organisation in China (topical) is a huge electronics company that produces literally anything electrical for hundreds of customers. From toasters to computer components, they’re at the forefront of the electronic world.

When the cost of production in Italy became so high, and with dwindling sales throughout Europe, the Orla organ company had little option but to cease production, to continue to design and research Orla organs, but to pass on manufacture to a cheaper source.

The beautiful town of Castelfidardo in Italy sits off the East coast just south of Ancona. This quiet town in Italy became synonymous with musical instrument production. From great names like Farfisa, Elka, Orla, Galanti, Gem, and numerous accordion manufacturers all situated in the town. Most of the townsfolk were involved in the production of some fabulous instruments, and in the heyday, the town prospered.

Even the famous Woolworth high street chain had the Bontempi chord organs from here and the Bontempi family still have links there today. Sadly now, the factories remain, but the once beautiful reception areas of the factories that received its clientele, now lay dormant, dusty and cold.

One man in particular had no intention of closing his doors and continued to produce up until the last decade. Lets for now, call him Mr Orla… In the later years of organ production,  Mr Orla made some of their finest instruments including the Orla Sport single keyboard, their Theatre range and even the beautiful Modena. Mr Orla was determined to continue the family tradition of producing these wonderful sweet sounding organs and keyboards for as long as possible.

With a close relationship with the guys at Orla UK, the development and voicing of instruments continued as long as it could. Testimony of Orla UK’s commitment to a fantastic instrument, was the amount of collaboration into the actual sampling and sound creation built into Orla organs to ensure Orla’s large UK fanbase were catered for.

This practice continued up until the costs of production became impossible and Mr Orla had no option but to close the doors and the last organ producer in Castelfidardo ceased manufacturing.

Not being one to sit on his ‘CULO’, Mr Orla took the blueprints, design, and secrets to China in the hope of his beloved Orla’s being produced there. If you look at for instance, the Orla Grand Theatre.

Take a look at the carpentry skills involved and also the weight of these items for shipping, these beautiful instruments with their cabinets and carpentry would have to have lighter materials as shipping alone would price the new instruments out of the market. After speaking to the Ringway Electronics company, Mr Orla knew there just might be a way….

After months and months of talks, testing, prototypes, and hundreds of telephone calls and visits, products started to come off the assembly lines in China.

So proud of these products were the Ringway company, they asked that the Ringway name was used on the product. After months of negotiation and wrangling, a compromise was struck and Ringway by Orla was born. A Chinese made organ with the heart of Italy was now available to us here in the UK.

Now we have organs like the Ringway RS620 in beautiful Black Gloss and the RS1000 in its stunning white polyester gloss, and newer models like the RS800 and A2000. A far more modern approach into organ manufacture. The little RS620 has a footprint of the same as a 5 octave keyboard so it now brings two manuals and a 21 note pedal board in such a compact unit that takes up the same space as a keyboard.

I must also add, this instrument may be little in its footprint yet its specification is huge including a 5 octave lower manual that you can split giving you effectively three manuals. It really did shake the market when it landed and was very competitively priced at just under £3000. Nowadays you can find these little Goliaths for an absolute song and are very nice to play… Take a step up to the RS1000 and the world is your oyster.

These beautiful organs are equipped with ‘Fatar’ professional keyboards and represent such a bargain in the market today. The Ringway name seems to have stuck and yet despite the collaboration with Orla, it seems the Ringway company of China has won through.

Today, the Ringway company continues to produce Organs and electronic pianos in their huge factories in Changzhou. Build quality and reliability are the watchword for this company and now, even the  Japanese have taken Ringway to their hearts and Ringway organ festivals are now very popular over there, although a very different sound chip is used for chinese and japanese instruments.

We are very lucky here at Whitley Bay Organs to have collectively 50 + years of experience in organs and both David and myself would advocate the Ringway Organ. They represent fantastic value for money and are a delight to use.

Our stock changes daily and we always have such a wonderful selection of used quality pre loved instruments here in Banbury, including both Ringway models. We even have a  very rare RS620 in a wood finish

Why not take a look at our Videos and see David having some fun on the RS620?

So, stay safe, keep playing the music and enjoy …… 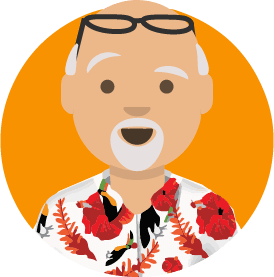